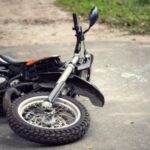 A motorcycle ride is one of the best ways to enjoy the scenery and weather in Maryland, with the open design allowing you to breathe in the fresh air and get closer to excellent views. Unfortunately, the sensation of freedom that you get with this openness comes at a cost. Motorcyclists are disproportionately affected… Read More » 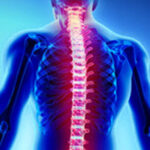 The spine is among the hardest working parts of the human body, providing stability while enabling movement and flexibility. The vertebrae also play an important role in protecting the spinal cord, which comprises the central nervous system along with the brain. Unfortunately, these strong bones may not be enough to withstand a violent blow… Read More » 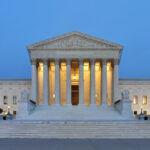 On Friday, the United States Supreme Court granted a petition for writ of certiorari in a Furman | Honick case, styled as Neil Dupree v. Kevin Younger (No. 22-210). The petition will consider whether to preserve the issue for appellate review a party must reassert in a post-trial motion a purely legal issue rejected… Read More » 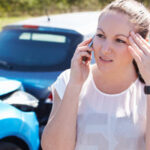 Despite public safety campaigns, implementation of advanced safety features, and enactment of laws to prevent them, car accidents remain a serious problem across the US. Statistics from the Maryland Highway Safety Office (MHSO) highlight the risks, revealing that there is an average of 115,555 total traffic crashes statewide every year. Almost 49,200 people suffer… Read More » 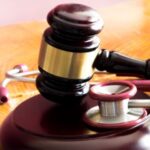 How To Prove A Maryland Medical Malpractice Lawsuit

Maryland personal injury laws allow victims to recover damages when they are injured through the wrongful acts of someone else, and medical malpractice cases fall under this umbrella. The focus is on misconduct by a health care provider and how it caused harm to the patient, so these cases involve highly technical subject matter…. Read More »

$500K Premises Liability Verdict Against Baltimore City SUMMARY City of Baltimore failed to fix a dangerous condition on a bike path after a previous bicycle crash. CASE FACTS [Baltimore, MD] – A Baltimore jury awarded our client a $500,206 verdict on Monday in his case against the City of Baltimore for severe and permanent… Read More »

The Northshore University Health System in Chicago has agreed to pay $10.3 million to settle claims brought by employees who were fired after refusing to get Covid-19 vaccines for religious reasons. The employees filed suit last year after NorthShore implemented a Covid-19 vaccine mandate (“jab or job”) but refused to offer a religious exemption…. Read More »

After a four-day trial in the Circuit Court for Anne Arundel County, the jury returned a $250,000 verdict for our client who was injured in a serious car crash. The defendant made a left turn into our client’s lane and caused a major head-on collision. Our client was flown to the hospital by Medivac… Read More » 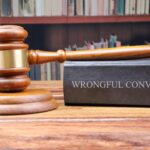 1996 Staten Island Murder New York City has agreed to pay $7 million to a man who spent 23 years in prison for a murder he did not commit. Grant Williams was exonerated last summer in a 1996 shooting death in Staten Island. Williams, a father of three, has maintained his innocence since his… Read More »